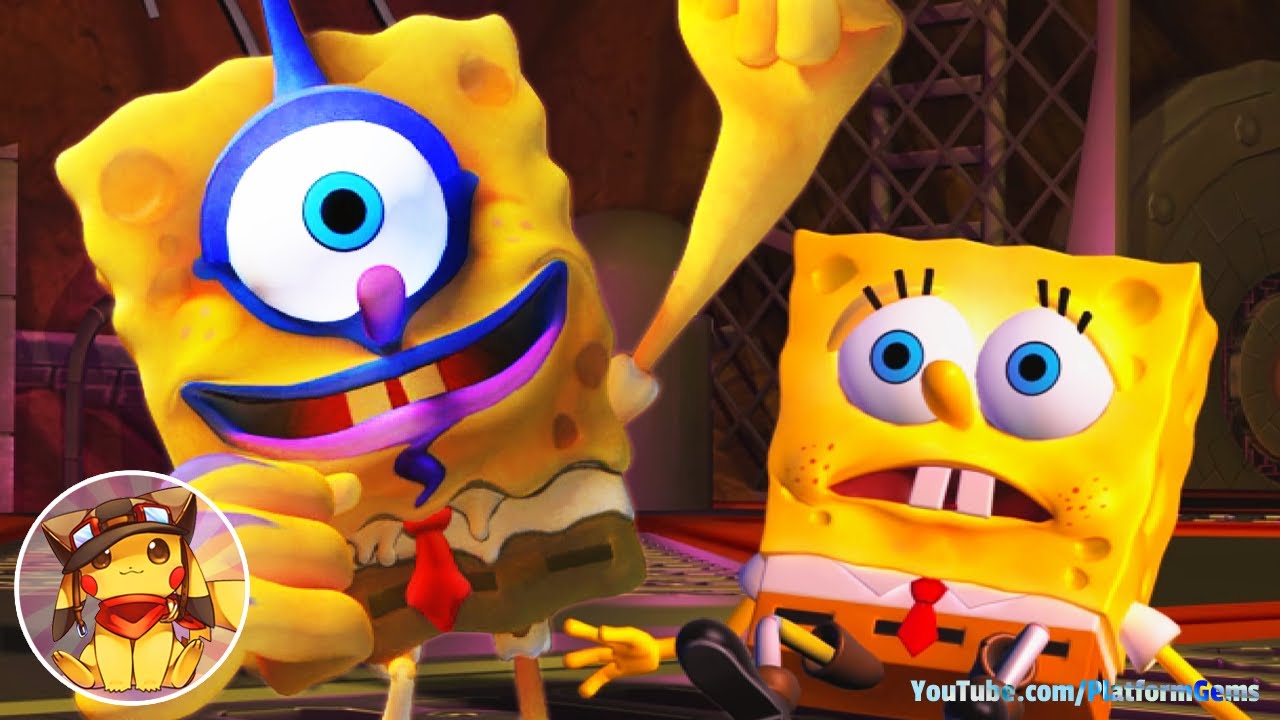 For more Nickelodeon Games check out ►

On a seemingly normal day, SpongeBob and Squidward are on their way to work when huge asteroids started raining down on Bikini Bottom. A huge drop of glob falls on Squidward, causing the top part of his face to turn orange. He then becomes a cyclops of sorts. He then becomes a zombie, chasing SpongeBob around the perimeter of someone’s house until Patrick intervenes. Jimmy Neutron then arrives to take them to the Mawgu lair. Soon, the gooey creatures spawning from the asteroids start taking over Bikini Bottom…
SpongeBob and Patrick explore the vast Mawgu lair, where they meet Danny Phantom again, then meet Tak and the new Evil Syndicate composed of Technus, Beautiful Gorgeous, Tlaloc, and Plankton. Zim and Dib then arrive, with Zim joining the good guys, and Dib joining the Syndicate. They make a plan to stop the gooey creatures, identified as Morphoids, when the Wise Old Crab arrives to inform them about the technology in the lair. Jimmy is able to figure it out, and fits everyone with weapons fitting their personality: Jimmy received some sort of helmet and a tennis racket, SpongeBob got a bubble blower, Danny received a device that allowed him to partly clone himself, Tak was given a staff, and Zim received a plunger. Meanwhile, on the evil side, Technus received an arm blaster, Plankton was given a hammer that allowed him to grow, Tlaloc received a pouch of magic potions, Dib was given a gun-like balloon launcher, and Beautiful Gorgeous received a heart-shaped bullhorn.
They go through Bikini Bottom, where the group battles an army of Morphoids, free Gary and Patrick from the goo, and finally confront the corrupted Bubble Bass, who has grown to enormous size. They defeat this new menace by feeding him Krabby Patties. SpongeBob is then doused in goo. At the lair, the Wise Old Crab informs them that a huge robot is hidden in the Mawgu Lair, and requires four special components to power it up.
The next world they go to is Zim’s town, where GIR has been corrupted by a taco. They manage to free Ms. Bitters, Gaz, and Professor Membrane, then face the corrupted GIR, who has sprouted several mechanical tentacles and has the ability to summon Morphoids from his very being. He soon tires out of attacking the heroes and is then beat up out of being possessed. They retrieve the first piece of the Vessel, while more goo falls on SpongeBob, and at the lair becomes a vessel for the leader of the Morphoids.
They venture to Amity Park, where Morphoid asteroids rain on the citizens, and in the process freeing the Ghost Dog. Not soon after, a blob of goo falls on its head, resulting in him to being corrupted. He goes on a rampage through town. After freeing Dash, Tucker, and Jazz, they fight the ghost dog at a power plant, where the goo falls off of Ghost Dog and onto SpongeBob. They gain another piece of the Vessel, and it is here that he becomes a puppet of sorts for the Morphoid supreme leader, Globulous Maximus who has just revealed himself…