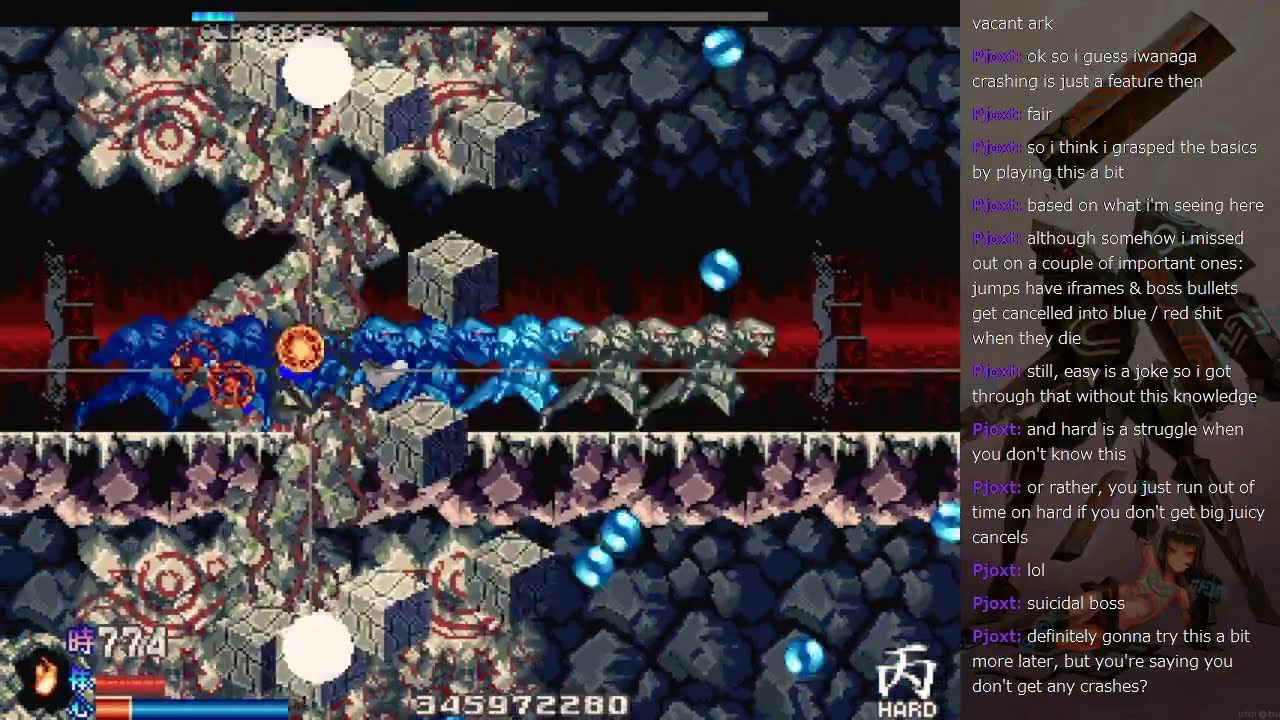 Playthrough of freeware action STG Kitan Iwanaga by Buster/Uturobune on hard mode, going for a high score. The best I’ve seen before was a 508M run on nicovideo. Video has a bit of commentary at the very start but is mostly game audio only.

I recently found a setup that runs properly in fullscreen and is possible to play windowed at higher resolutions along with the developers previous game ‘Vacant Ark’ on the same engine.

This is far from a super good run so I’ll try to improve it later. I imagine you can get up to 580-600mil. Completely missed 2-3 big bullet cancels among other things (unnecessary hits, jumps and dashes reduce your timer/multiplier). Biggest mistake was killing the second to last boss with an accidental dash attack at one of the worst possible times.

The game is reminiscent of things like Sin & Punishment, Alien Soldier and various shmups. I remember playing this a bit when it came out all the way back in 2007, a bunch in 2014 and no doubt get back to it sometime soon. Really high quality Treasure-like game with a unique horror atmosphere for a shooter like this which is refreshing.

Reading through some of the story in the game manual: it appears in this ending the characters are walking on a dam that is central to the story. The game takes place in an isolated mountain village that was separated from more modern society, seemingly housing ‘stone’/immortality deities and a protector deity of married couples(?). The hidden village was discovered on a survey for dam construction. The dam being built in the ending signifies the village being integrated with the rest of society after the events of the game, but in the end it became a forgotten place.
Looks like the village had these robot looking constructs (or at least myths/drawings of them) acting out the role of the protector deity.